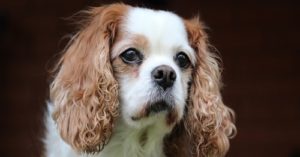 Strokes are not as common in dogs as they are in humans, but they can be equally serious and frightening. Unfortunately, recognizing the signs of stroke in dogs can be difficult. Our pups are quite stoic, and without the gift of speech to tell us how they are feeling, diagnosis is challenging.

Below we will discuss the types of stroke, how to recognize the signs in your dog, and what you can do to help them beat the odds. 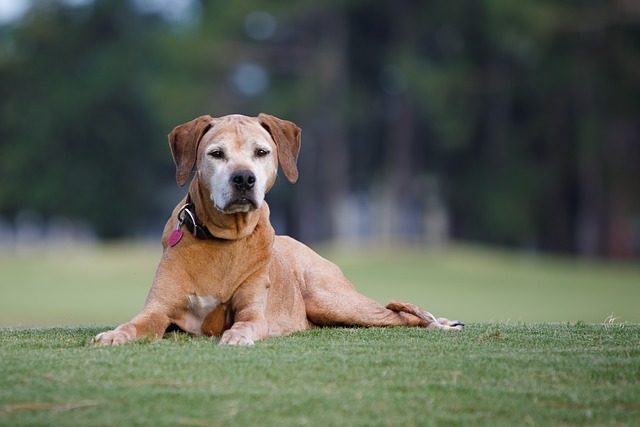 What Is A Stroke?

According to the American Stroke Association, a stroke occurs when a blood vessel that carries oxygen and nutrients to the brain gets blocked or ruptures. When oxygenated blood cannot reach the affected area of the brain, cell death can occur.

There Are 2 Types Of Stroke In Dogs:

These strokes occur when blood clots, tumor cells, clumps of platelets, bacteria or parasites obstruct the blood vessels of the brain. This obstruction leads to damage of the brain tissue. Ischemic strokes are more common than hemorrhagic strokes in both dogs and humans.

In a hemorrhagic stroke, blood vessels rupture, causing bleeding in the brain, swelling, and increased pressure. 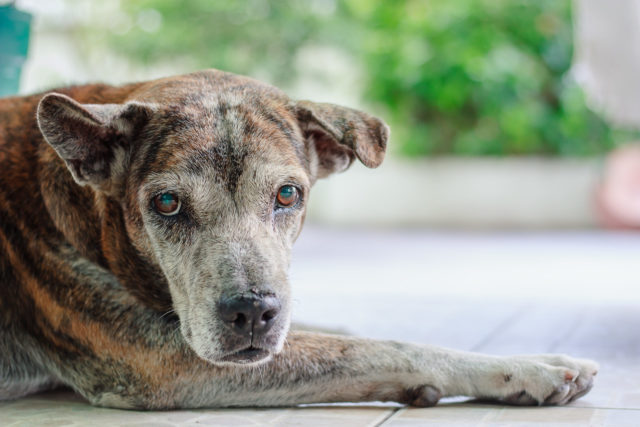 Signs Of Stroke In Dogs

As mentioned above, the symptoms of stroke in dogs can be subtle and hard to recognize. There are no warning signs prior to the stroke itself, so dogs often seem to go from perfectly normal to extremely impaired.

Some of the more common signs and symptoms to watch out for include:

A dog that has suffered a stroke may lose its balance or coordination when walking. They may also experience weakness or paralysis in one or more limbs.

Depending on which side of the brain is affected, the dog may circle to one side or turn in the wrong direction when called.

Lack of blood to some regions of the brain may cause the dog to collapse or even lose consciousness.

While facial drooping is more common in people with strokes, you may notice your dog’s head is tilting to one side or that their facial expression appears odd. It’s also common for dogs to experience impaired vision or even blindness.

Some dogs have abnormal eye movements from side to side or around in circles. Others may have unusual eye positioning, such as one eye that wanders while the other stays still, or eyes that appear to focus on two different spots.

4. Loss of Bladder and/or Bowel Control

It’s not uncommon for dogs to lose control of their bodily functions during a stroke.

Issues with balance and uncontrolled eye movement often cause nausea and vomiting. Other Conditions Can Mimic The Signs Of Stroke

The major signs of stroke in dogs can also be symptoms of another condition known as Idiopathic Vestibular Disease (IVD).

The vestibular system is made up of delicate structures within the dog’s inner ear that “report” to the brain to maintain balance, coordination, and the position of the head, eyes, and legs. Disruption of this system can cause symptoms such as nausea, dizziness, head tilt, loss of balance, falling or rolling to one side, circling, trouble walking, and abnormal eye movements.

IVD is most common in older dogs and those with chronic ear infections. While it is undoubtedly a nuisance, it is not life-threatening and often resolves on its own. Sadly, many people mistake the signs of IVD for stroke and have their dogs euthanized prematurely.

Syncope – or fainting spells – may also be mistaken for stroke in dogs. If you suspect your dog has had a stroke, seek veterinary attention immediately. Permanent neurological damage can occur in a short period of time, so you should not delay treatment. In the meantime, keep your dog calm and protect them from falls and injuries that may occur due to disorientation.

When you arrive at the animal hospital, your vet will perform a physical exam and a series of tests to rule out other problems and confirm a stroke. An MRI or CAT scan may be necessary to definitively diagnose a stroke and rule out other brain diseases with similar symptoms.

In addition to blood work, your vet will likely perform a full cardiac workup to determine if the stroke was caused by underlying heart disease. Other tests may include an electrocardiogram, chest X-rays, or a cardiac ultrasound. 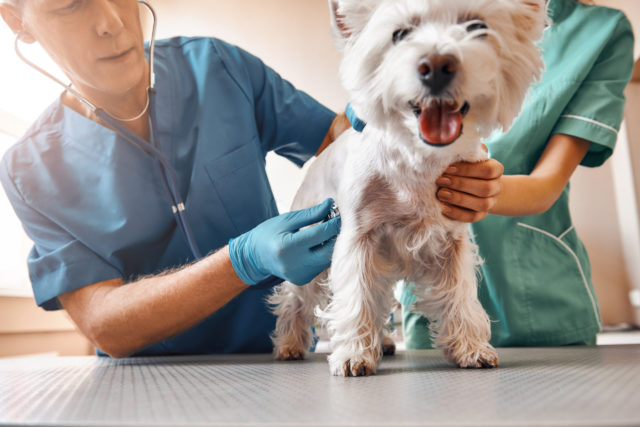 Causes Of Stroke In Dogs

Both ischemic and hemorrhagic strokes are more likely to occur in senior dogs and those with preexisting conditions such as:

While these conditions certainly increase the risk, 50% of canine strokes have no specific underlying cause.

There are no specific dog breeds that are predisposed to strokes, but certain breeds are prone to the underlying diseases that cause them. For example, King Charles Cavalier Spaniels have a high rate of heart disease, putting them at an increased risk for strokes. How Serious Are Dog Strokes?

The severity of a stroke depends on the part of the brain affected and how long the brain goes without blood flow. Catastrophic strokes can significantly reduce the quality of life or even be fatal.

On the other hand, not all strokes are life-altering, and many dogs go on to live long, happy lives. Recovery and long-term prognosis depend on: 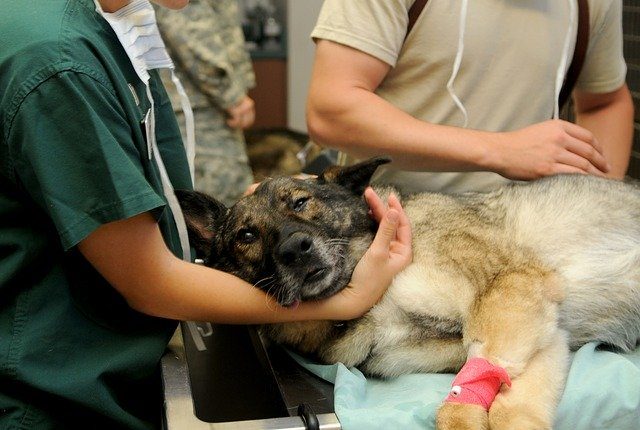 Is There Anything You Can Do To Prevent Your Dog From Having A Stroke?

Since half of canine strokes have no underlying cause or warning signs, there’s really no way to prevent them. However, keeping your pet healthy can reduce the odds. Feed a balanced diet, maintain a healthy weight, and keep up with regular veterinary checkups. As your dog ages, increase the number of vet visits to help diagnose any underlying diseases that may contribute to canine strokes.

Remember, early detection is key: always seek veterinary care at the first sign of a stroke!

The post 5 Signs Your Dog Just Had A Stroke (And What To Do) appeared first on iHeartDogs.com.