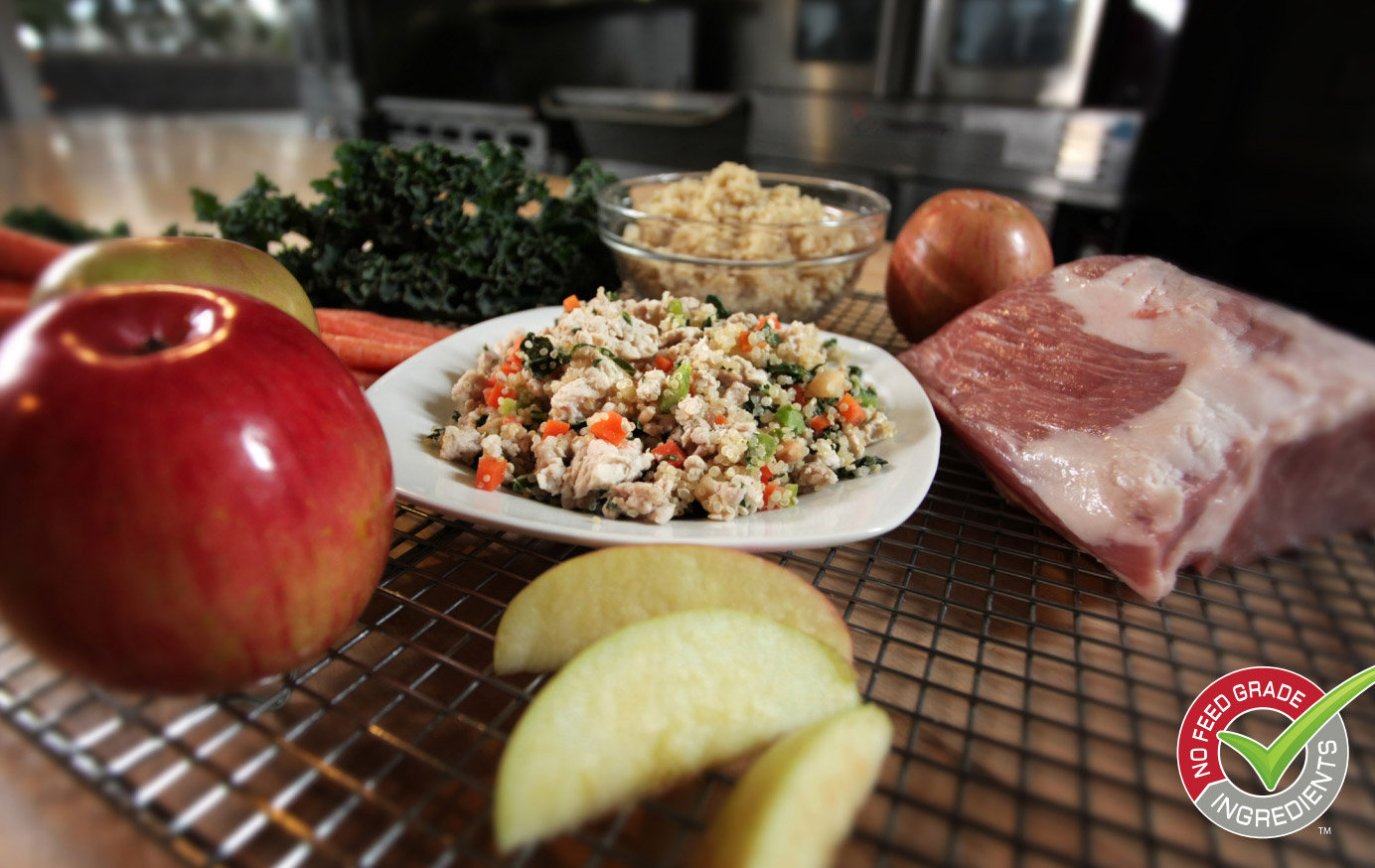 Fresh dog food has been all the rage in recent years. One look at a fresh brand such as JustFoodForDogs, and its no wonder why. It actually looks and smells like real human food. You see the color of the veggies and the texture of the meat.

I decided to give JustFoodForDogs a try with my ultra-picky 16 year old Siberian Husky, Splash. While Splash will eventually eat almost any food, she clearly shows me which she’s most excited about with her pre-dinner dance and tail wag. When she smells something she’s interested in, she’ll do an extra aggressive pre-dinner dance. When she’s not that into her food, she’ll let it sit untouched in her bowl for a few hours, just in case I bring her something more enticing. Overall, both myself and Splash were extremely pleased with JustFoodForDogs. While I can’t feed this food everyday, I do rotate it into her diet as much as possible. She loves the ever-changing variety, and I love the fact that it’s more nutritionally sound than kibble.

Is Just Food For Dogs Better Than Kibble?

According to many veterinarians and pet parents, yes. The amount of processing that goes into the creation of extruded kibble tends to degrade the quality of the ingredients. Healthy fats such as omega-3 (fish oil) tends to go rancid inside of dry food such as kibble. One look at a fresh food such as JustFoodForDogs, and you can see and smell the difference.

Is Just Food for Dogs Recommended by Veterinarians?

Yes. According to the company, JustFoodForDogs is the number one recommend veterinary fresh food, according to an independent national survey of over 15,000 vets. The company offers a veterinarian education portal, helping vets pair each of their foods with a particular dog’s needs.

How Do I Store My JustFoodForDogs Meals? Can they be frozen

According to the company, the best way to feed fresh is to get into a cycle of freezer to refrigerator to bowl. Remove the package from the freezer and defrost in your refrigerator, or you can also immerse in cold water. Store the product in your refrigerator in a glass or plastic container and then serve the suggested amount. JustFoodForDogs can last up to one year after frozen.

According to the company, yes. Each of the canine diets has gone through Evidence-Based Research at major universities.

Has JustFoodForDogs Ever Been Recalled?

According to DogFoodAdvisor, the company has had one recall due to contamination of human grade green beans. The company reacted swiftly to the issue.

Who Founded JustFoodForDogs, and What is the Company History?

Shawn Buckley founded JustFoodForDogs after being shocked & disgusted when he found out what is legally allowed to be including in dog food. He began making his own fresh meals for his dogs and noticed an immediate difference in their overall health. Shawn later brought in a highly educated team of board-certified veterinarians & specialists to create the most nutritionally complete canine meals available. JustFoodForDogs is unprocessed and more bioavailable to your dog’s body, meaning your pup will actually absorb they ingest. The products are created with no chicken byproduct and no preservatives.

The post An Honest JustFoodForDogs Review – How My Ultra-Picky Eater Reacted appeared first on iHeartDogs.com.