During lockdown most of us knew of, or heard of, people getting puppies. It was always openly discussed that rescue centres would be inundated on the other side of the pandemic, but Staffie and Stray Rescue would like to highlight the depth and extent to which current problems lie.

We have all heard of many stories where families have returned to work and surrendered their Covid pups into rescue because the dog was destructive when they were left alone at home all day. However, there are more situations that appear to be linked to the aftermath of the pandemic and opens up to the discussion, is the UK really a nation of animal lovers?

For example, Elsa recently arrived as an emergency to the rescue. She is a large dog weighing 47kg and will require an experienced home who can offer her the training that she has sadly missed out on. It is clear to see, that Elsa is an ex-breeding bitch, another increasingly common type of dog that is coming through rescue’s doors. 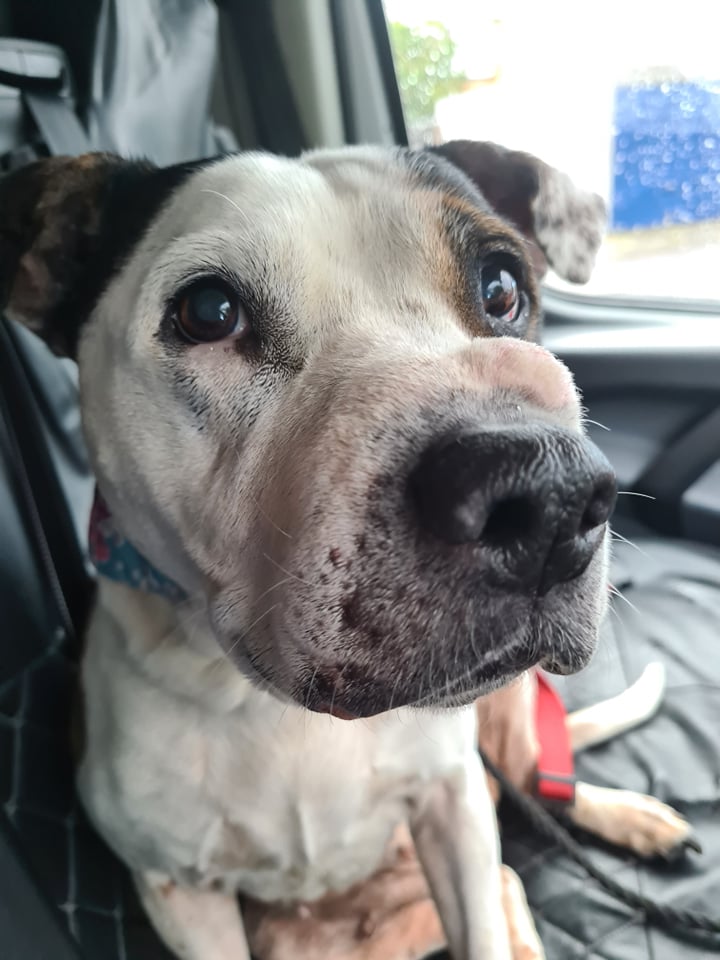 Due to the decreased demand of puppies as life slowly returns back to a pre-pandemic world, dogs who have been heavily used for breeding are just being discarded. Throughout the UK, pounds are bursting at the seams with dogs who have been found as strays and unclaimed.

Staffie and Stray Rescue are seeing increasing numbers of dogs showing signs of abuse and neglect. Molly and Faith are just two recent examples of dogs who have recently arrived requiring urgent veterinary treatments for lumps and wounds. The rescue is under financial strain supporting all the dogs in their care including an increased need for behavioural therapists for the many dogs who have not been shown basic skills in the critical periods.

In addition, more dogs are being taken in who have not been socialised well with people, they are incredibly anxious dogs and require rehabilitation before being safely placed into a home, which further increases costs through kennelling bills. 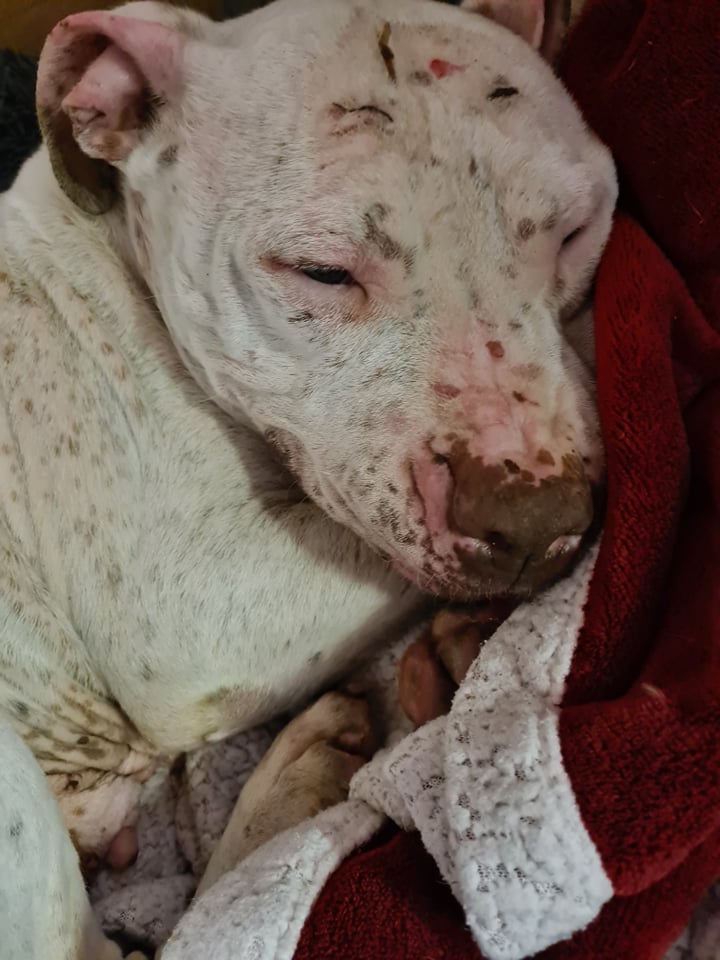 It isn’t just the dogs who have been impacted by the pandemic. With so many people experiencing job losses and pay cuts, Staffie and Stray Rescue have also seen higher volumes of dogs coming in with additional medical needs, not always disclosed by previous owners. It has been noted that a lot of people have not considered the financial costs of owning a dog, have not considered insurance or have brought puppies from irresponsible breeders.

The rescue has taken on many dogs requiring further veterinary treatment. Rex arrived into rescue and was purchased during lockdown. He suffered from Glucoma, which resulted in his eye being removed. Very shortly after his operation, he was surrendered to rescue and needed the necessary follow up treatments post-op, which the rescue provided.

Rex could possibly need his other eye removed in the future if the Glucoma spreads. Staffie and Stray have offered to cover any medical needs surrounding his eye in his new home to increase his chances of finding a home. 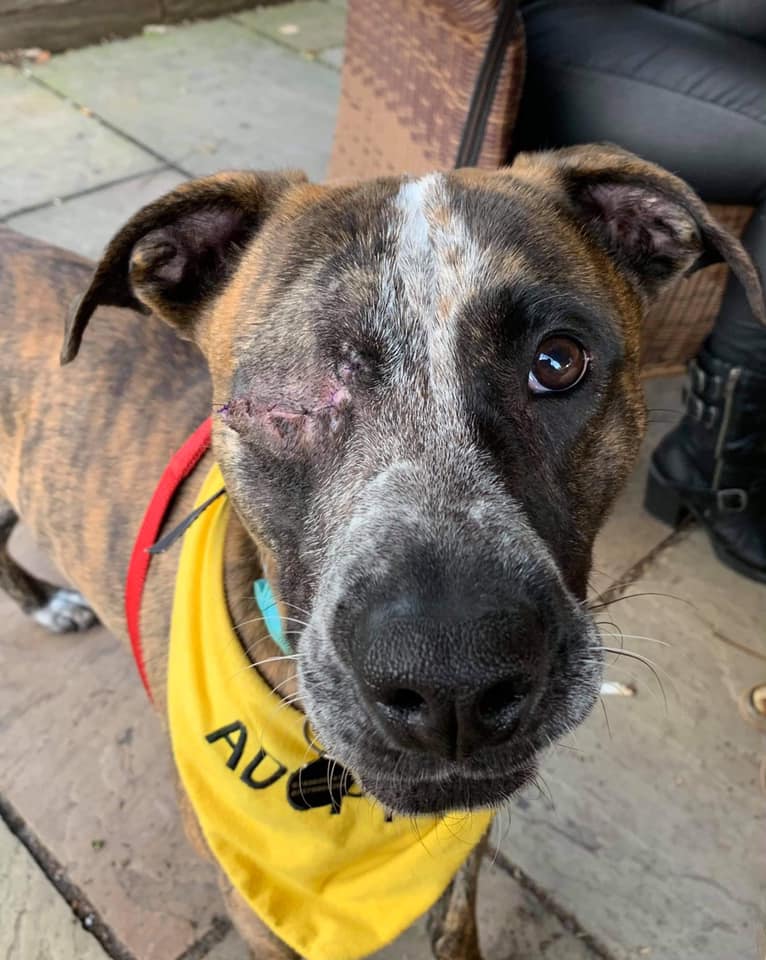 Finally, with large volumes of people looking to buy or adopt a dog during the lockdown periods, it has been noted that many dogs have arrived to the UK from overseas rescues. Staffie and Stray Rescue help around 10 dogs each year from overseas as the rescue feels that they have a better chance of finding a forever home in the UK.

However, the rescue has noticed many people looking to surrender dogs that they have rescued from abroad, more notably during the lockdown period. Many rescues have contracts with their adopters to state that should the rehoming not work out, the dog is to be returned to the rescue, providing reassurance to both rescues and adopters that a dog will always remain safe.

However, many rescues overseas (and often in the UK) do not have any back up procedures in place and the strain has fallen on rescues like Staffie and Stray Rescue, to take on more challenging and complex dogs. Staffie and Stray Rescue put the dog’s needs and welfare at the heart of everything they do and would like to raise awareness to the public of the current issues the face and will probably be facing for the foreseeable future.

To enquire about fostering, adopting, volunteering or donating to the rescue to support their causes, please visit their website.

The post Are we really a nation of animal lovers? appeared first on Dogs Today Magazine.