A family from Hertfordshire was left terrified when an anonymous caller told them he had their missing foster dog, and that he would kill him unless he received a £500 ransom.

Twelve-year-old crossbreed Max was rescued from the streets of Greece and brought to the UK by his previous owner, who signed him over to the RSPCA when he became incontinent with old age. The RSPCA Southridge Animal Centre placed him with experienced fosterer Louise Heeley-Lawrence.

Just eight weeks after Max joined the family in March 2020, he developed a condition that caused him to lose his eyesight almost overnight – but according to Louise, he adapted quickly and had a good quality of life.

“Although he’s an elderly lad, he’s quite independent,” she said. “He’s a real survivor and is used to fending for himself although losing his eyesight did mean he relied on us a little more.” 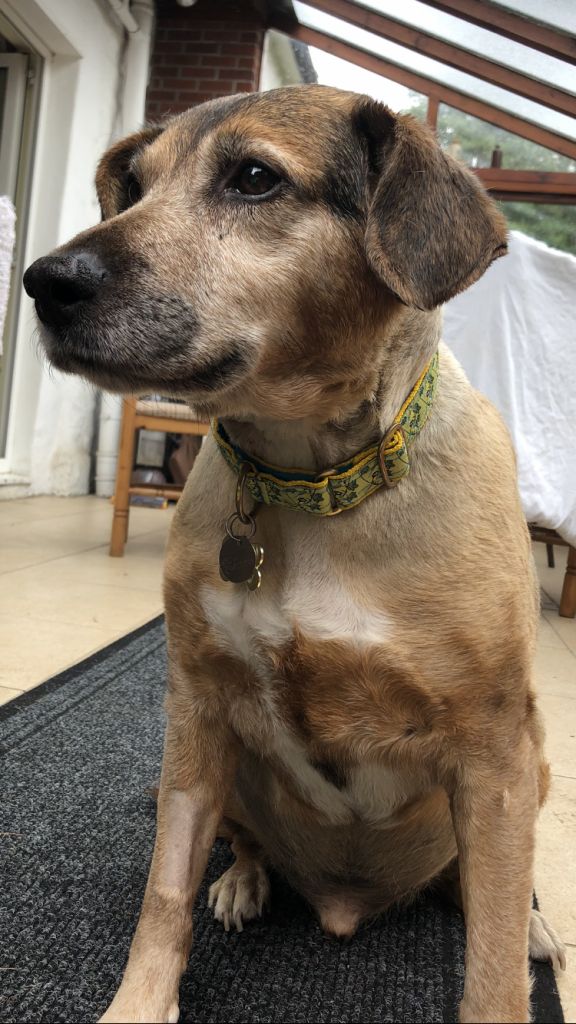 On 12 September, however, Max went missing while on the family’s farm in Cornwall, where he had traveled along with Luise’s husband Karl.

Louise said, “Karl was working on the farm and the dogs were in the yard. He was trying to fix a piece of machinery just outside the open yard gate. When he popped into the kennel kitchen, Max was fast asleep on the sofa. Around 90 minutes later, he returned to the kitchen to feed the dogs and Max was nowhere to be seen.”

Louise immediately joined the search but despite all their best efforts, which included thermal cameras and tracking dogs, Max couldn’t be located – leading Louise to think he may have been stolen. Then, on Tuesday 28 September, she received the ransom call.

“It was a man and he said he had my dog,” said Louise. “He said if I hung up or contacted the police that he’d kill him and send me the video. I was panicking and my children came and recorded the conversation. He said he wanted £500 wired to his bank account and then he’d drop Max back at home.”

One of our elderly, blind dogs has gone missing from his fosterer's home in St Keverne, #Cornwall. Max has two distinguishing features:
His back left leg turns out
A bald patch on his rump, above his tail.

While it is unclear if the stranger truly has Max or if he simply saw the missing posters and is attempting to cash in, the family have reported Max’s disappearance and the phone call to police who are now investigating, and are desperate to have him safely home.

“We’re so worried about Max, particularly due to his age and his lack of vision,” Louise said. “We just miss him so much and we desperately want him home where he belongs.”

According to the RSPCA, Max has two distinguishing features: his back left leg turns out and he has a bald patch on his rump, just above his tail to the left. His bottom teeth are worn down to the gum line, but you cannot tell he’s blind to look at him.

Max is microchipped and his chip is registered to RSPCA Southridge Animal Centre in Potters Bar, Hertfordshire. Anyone with any information is encouraged to contact Louise by emailing Louisapastaroni1@aol.com or contact Southridge by calling 0300 123 0704.