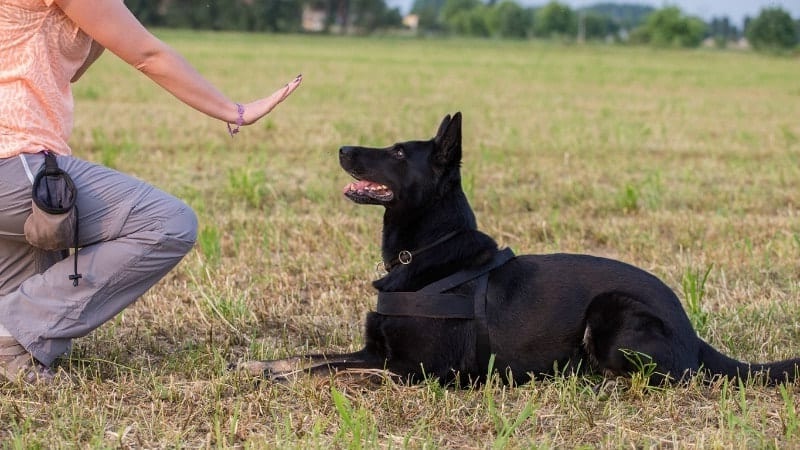 German Shepherds were originally bred for herding and guarding sheep. These dogs are strong, intelligent, agile, fast, fiercely loyal and protective, they also have terrific abilities in obedience training and this is one of the reasons German Shepherds are employed by the police and military around the world.

All of these traits make German Shepherds very appealing dogs for a lot of people, and they are one of the most registered breeds. These traits also mean that this particular type of dog is prone to quite a few behavioral problems if not trained properly.

German Shepherd obedience training is essential if you want to make a healthy, well-adjusted German Shepherd a part of your family. Because these dogs are so perceptive and eager to please, they catch onto training remarkably quickly.

However German Shepherds also present some unique challenges when it comes to training, so you need to know exactly what to do and how to do it.

The natural abilities and inclinations of German Shepherd can interfere with a normal training regimen. Although German Shepherd are very quick at picking up skills and working out what you expect of them, they are also extremely high-energy dogs.

German Sheperd’s require a lot of exercise each day in order to use up all of their excess energy. And everyone knows that puppies have even more energy and even shorter attention spans than most adult dogs.

For this reason, proper and effective German Shepherd obedience training is impossible unless you are also able to also get your puppy all of the exercise he needs. If you can do that, however, your German Shepherd will be quite attentive and take to training very quickly.

German Shepherd obedience training is generally the same process you would go through with any other type of dog. However, because German Sheperd are so prone to certain negative behaviors, you will need to know what to watch for and how to address these problems when training your dog.

German Shepherds, like most dogs, will respond the best to obedience training started at an early age. Although a 10 week old puppy will not have much of an attention span or tolerance for training sessions, it’s good to get into the habit of practicing with your puppy every day.

Be careful, though, not to try to push the limits of the puppy’s attention. A very young dog simply cannot pay attention for more than a few minutes at a time and if you try to extend that, you’ll simply create a frustrating situation for both you and the puppy. Simply start with short sessions and then gradually lengthen them as time goes by.

Training is not Just Tricks

Socialization is one big part of successful obedience training for a German Shepherd and it should be started as early as possible. The more often your German Shepherd puppy is exposed to other animals and strange people, the less likely he will be to develop aggressive behaviors later on.

Similarly, because German Shepherd were bred to herd, they get a great deal of enjoyment from physical exertion and problem solving. Teaching your German Shepherd games or training him to take part in agility competitions can be a great way to both engage his mind and help make sure he gets the exercise he needs.