Three husky puppies, aged about three or four months old, have been taken in by the RPCA after a member of the public found them abandoned in a filthy crate beside the road in West Kingsdown, Kent, on Thursday 23 September.

RSPCA inspector Kirsten Ormerod, who is investigating, said, “We’re told that they’d been left inside a filthy, soiled dog crate with no food or water. They were very smelly and covered in their own diarrhoea so they had a bath and a clean-up before being checked by vets.

“We’ve seen a massive surge in dog ownership during lockdown and many people have seen this as an easy opportunity to make some money by breeding and selling puppies. We believe these puppies, who are around 12 to 16 weeks old, may have failed to sell so they were abandoned having passed their ‘cute’ stage when they’re most marketable and most valuable.” 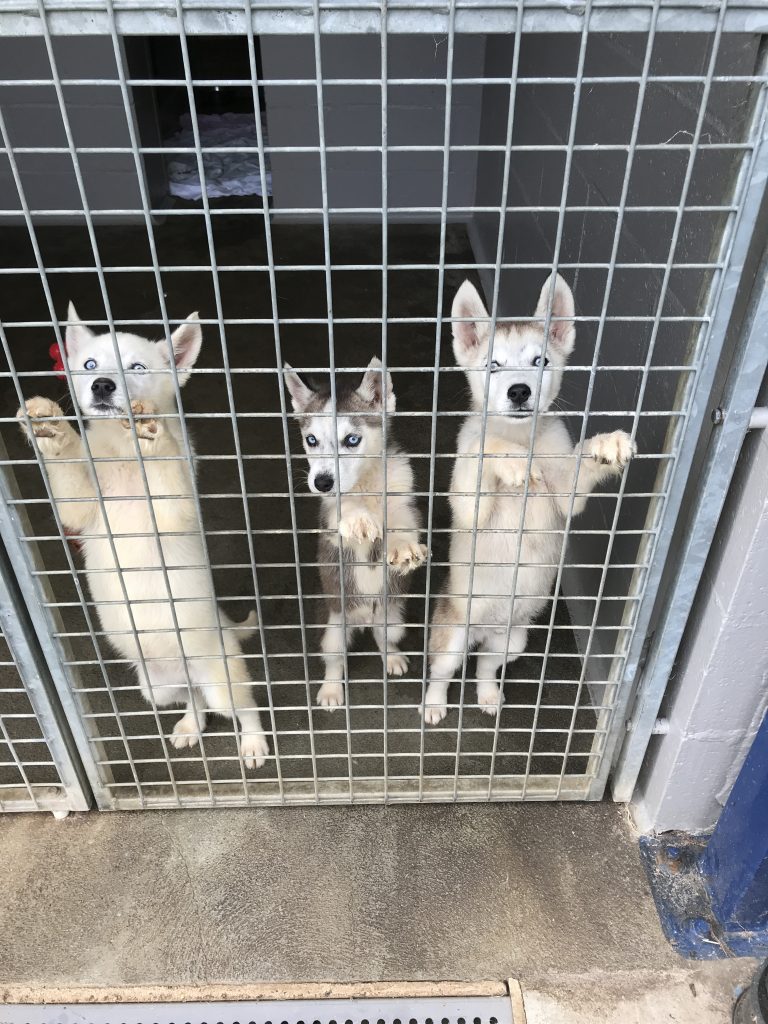 “Sadly, we’re expecting to see more dogs being abandoned over the coming months as the demand starts to slow and as those who took dogs on during lockdown are faced with financial, working and family pressures or struggle to cope with under-socialised dogs who cannot be left home alone.”

Ormerod and her colleagues are investigating who is responsible for abandoning the three husky pups, who are all in good health and “full of beans”. They have been named Harry, Hermione and Ron. 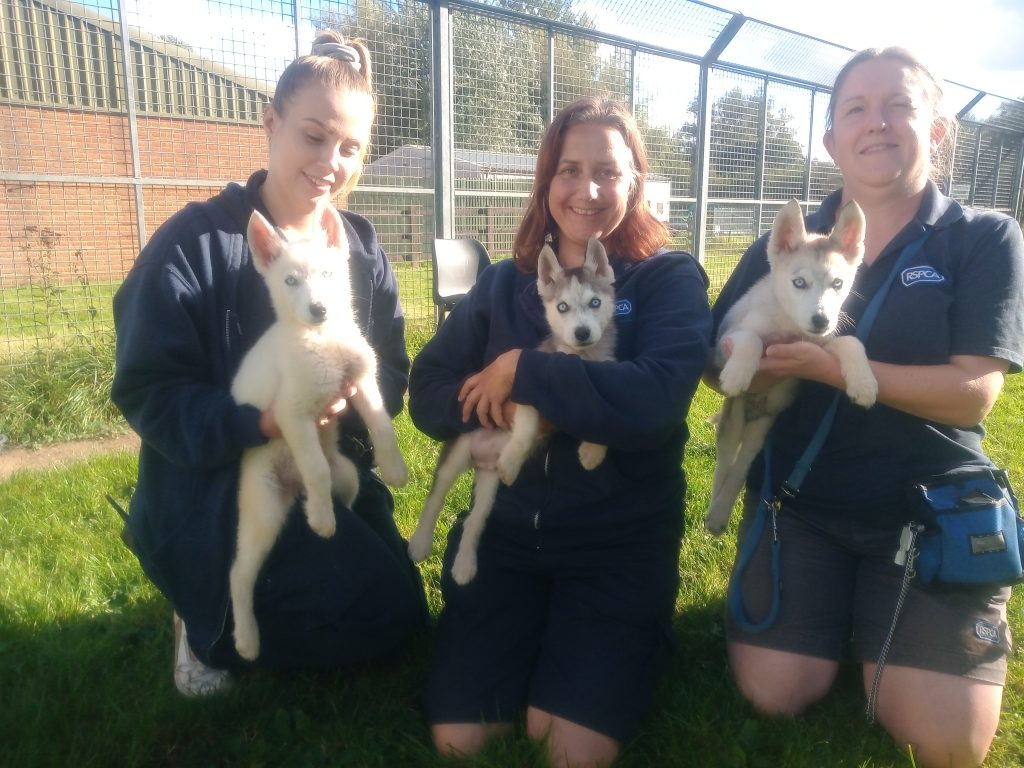 Anyone with information about who may have dumped Harry, Hermione and Ron should contact the RSPCA’s inspector appeal line on 0300 123 8018.