Digby the Dalmatian has the kind of head-turning good looks that make him stand out from the pack. But there’s more to Digby than just his spots: he’s the first dog of his breed to qualify as an assistance dog with Support Dogs, and is busy transforming the life of owner/client Katie Baldock.

Katie, aged 20, got Digby as a pet when he was a six-month-old pup, with no plans for him to be a working dog. Katie has had a rare genetic muscle disorder called nemaline myopathy since birth, which causes muscle weakness throughout the body, and fatigue. Her joints – particularly her shoulder, hips and knees – dislocate with the slightest exertion. Katie’s condition is so rare she was ten before it was diagnosed.

Although she can walk short distances indoors Katie uses a wheelchair outside the home in Nottingham she shares with her mum and five sisters, two of whom have milder forms of the same condition. Because she was different from her peers Katie often struggled to cope at school. 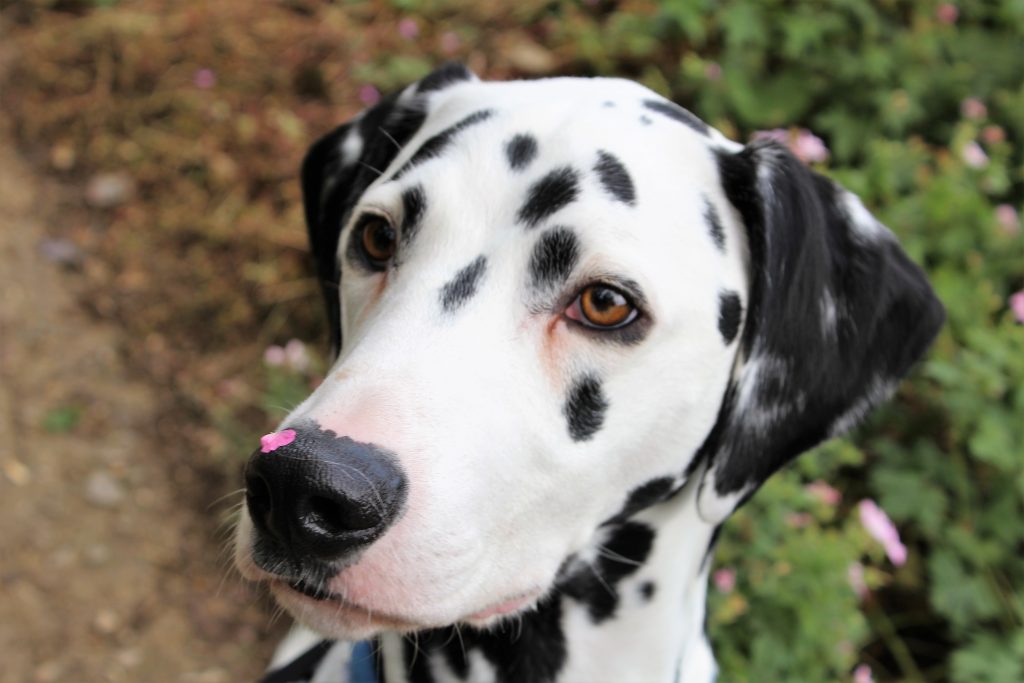 “I became quite depressed after leaving school because I was just sitting at home doing nothing,” says Katie. “I’d done a year of A’ levels but dropped out because I wasn’t dealing with everything very well. We got Digby as a pet to help me to socialise.”

Katie’s mum Alison suggested applying to Support Dogs, a national assistance dog charity, for them to train Digby as a disability assistance dog. They came to the information day and the pair started training when Digby was 18 months old.

“I really enjoyed the training although it was very tiring – mentally and physically – for both of us, but it was worth it,” says Katie. Digby now performs many household tasks for Katie such as unloading the washing machine, picking up items from the floor and opening and closing doors. Just as importantly, he has helped her get out and about more – and of course is always the centre of attention.” 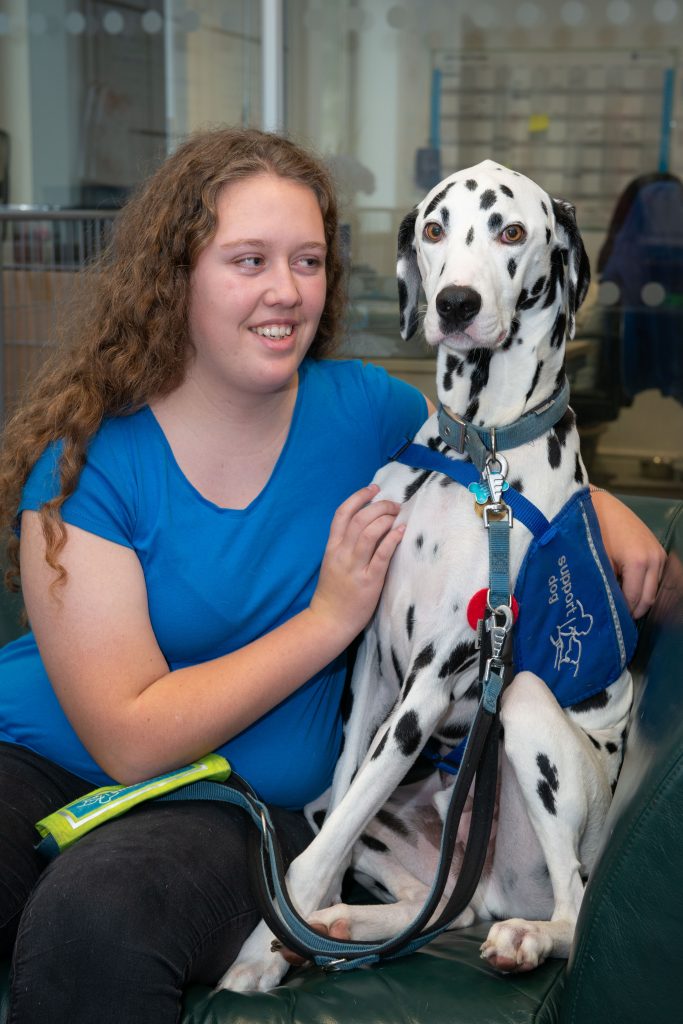 “Digby makes me more independent than I was and I’m very grateful to Support Dogs for training him so brilliantly. I can go out and not have to rely on anyone, whereas before I always had to rely on my parents, but as they work it wasn’t always possible,” explains Katie, who has completed a foundation degree in healthcare science and now has been able to start her career working in the public sector – accompanied of course by Digby.

“With him I can do so much more. Being involved with Support Dogs has been a hugely positive experience. Digby isn’t your usual Dalmatian: he’s quite laid back and would sleep all day if he could. He’s got a lovely nature and loves everyone and everybody. I walk him for an hour every day and he bombs around and children often come up and ask if he’s Pongo from 101 Dalmatians!

“Since Digby became a working dog rather than a pet, I feel more appreciative of him, more grateful, and it makes me love him a bit more. He is just the best.”